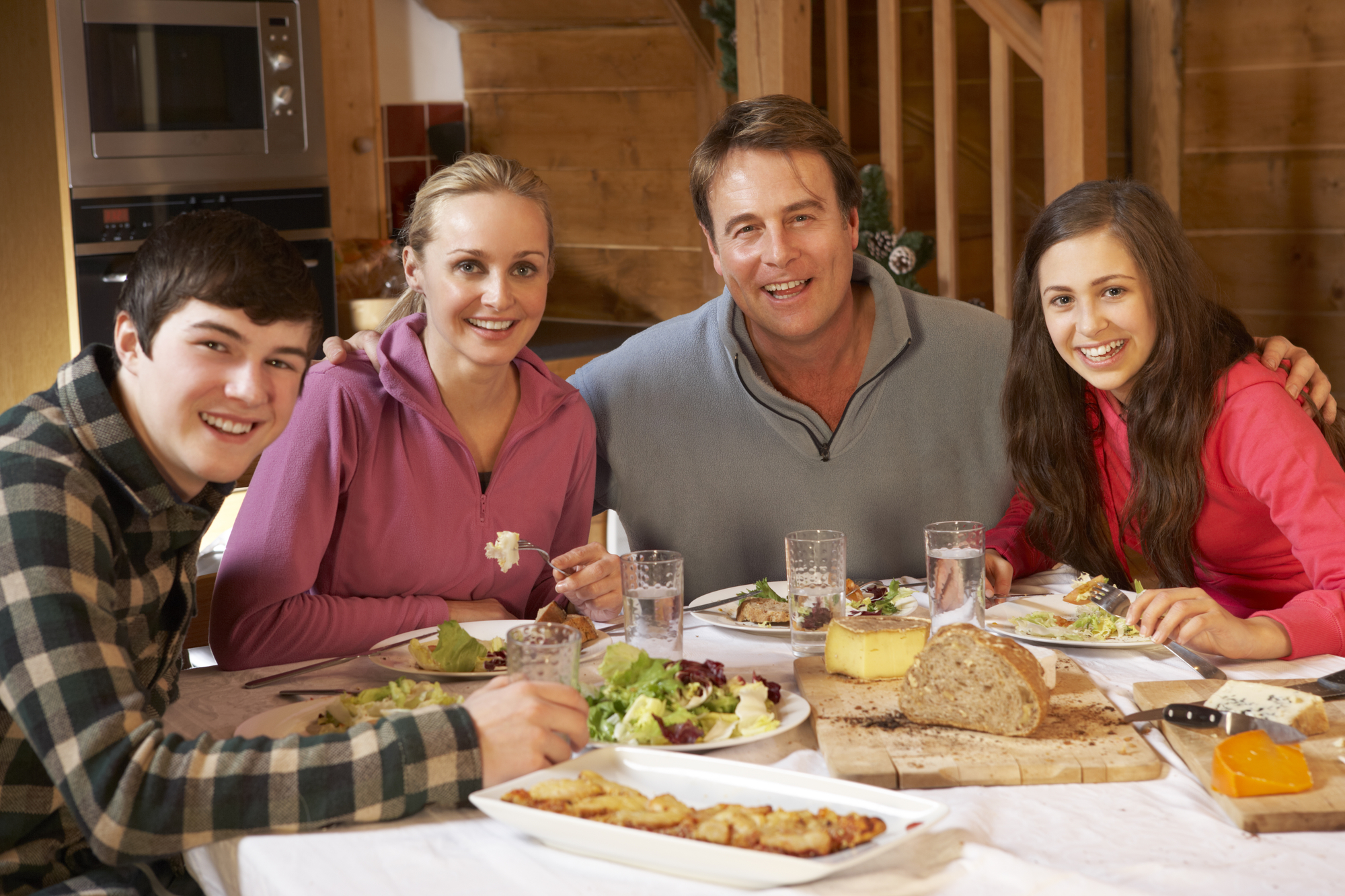 Soccer practices, dance rehearsals, play dates, and other scheduling conflicts make family dinner time seem like a thing of the past. Suddenly, we’re feeding our kids breakfast bars during the morning commute, sneaking 100-calorie packs at our desks, and grabbing dinner at the drive-thru window.

Fewer meals together: In the past 20 years, the frequency of family dinners has declined 33 percent.

97 percent of the children’s restaurant meals studied by the Center for Science in the Public Interest did not meet the expert nutrition standards for children’s meals.

Less than one-fourth of family dinners include a full serving of vegetables, according to a recent survey by Birds Eye.

Fewer Meals at Home: In 1970, Americans spent 26 percent of their food budget on eating out; by 2010, that number had risen to 41 percent. During that time, rates of obesity in the United States more than doubled.
If you’re finding it difficult to get together with your family at the dinner table, here’s a little inspiration.

A 2000 survey found that the 9- to 14-year-olds who ate dinner with their families most frequently ate more fruits and vegetables and less soda and fried foods. Their diets also had higher amounts of many key nutrients, like calcium, iron,

and fiber. Family dinners allow for both “discussions of nutrition [and] provision of healthful foods,” says Matthew W. Gillman, MD, the survey’s lead researcher and the director of the Obesity Prevention Program at the Harvard Medical School.

A family meal is the perfect opportunity for parents to expose children to different foods and expand their tastes.

By the end of the experiment, the children rated the pepper more highly and were eating more of it—even more so than another group of children who were offered a reward for eating the pepper. These results suggest that a little more exposure and a little less “You can leave the table once you finish your broccoli!” will teach kids to enjoy new foods, even if they don’t like them at first.

You control the portions

Americans spend more than 40% of their food budget on meals outside of the home. Eating out can be convenient but it’s also caloric—portion sizes in restaurants just keep growing! The average restaurant meal has as much as 60% more calories than a homemade meal. Studies show that when we are presented with more food, we eat more food, possibly leading to our expanding waistlines.

Studies have shown that kids who eat with their families frequently are less likely to get depressed, consider suicide, and develop an eating disorder. They are also more likely to delay sex and to report that their parents are proud of

them. When a child is feeling down or depressed, family dinner can act as an intervention. This is especially true of eating disorders, says Dianne Neumark-Sztainer, PhD, a professor at the University of Minnesota’s School of Public Health, who has studied the impact of family meal patterns on adolescents. “If a child eats with his or her parents on a regular basis, problems will be identified earlier on,” she says.

Of teens that eat with their family fewer than three times a week, 20% get C’s or lower on their report cards, according

to the CASA report. Only 9% of teens that eat frequently with their families do this poorly in school. Family meals give children an opportunity to have conversations with adults, as well as to pick up on how adults are using words with each other, which may explain why family dinnertime is also thought to build a child’s vocabulary.

Supper can be a stress reliever

Believe it or not, if you have a demanding job, finding time to eat with your family may actually leave you feeling less stressed. In 2008, researchers at Brigham Young University conducted a study of IBM workers and found that sitting down to a family meal helped working moms reduce the tension and strain from long hours at the office. (Interestingly, the effect wasn’t as pronounced among dads.) Alas, the study didn’t take into account the stress of rushing to get out of the office, picking up the kids, and getting a meal on the table.

Put a little cash in your pocket

Over 10 years, the average meal out costs about $15 with time and labor costs included versus $13 without. Compare that to $9 and $4 for home-cooked food. This means that cooking for yourself saves about $6 per person every meal

when you count time and labor costs. 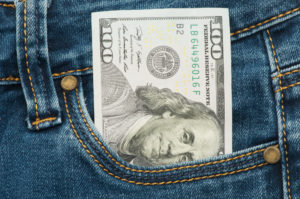 You do the math!

It is so much easier to plan your at home meal by having your freezer stocked with fresh farm grown meat. Right now is you book your ¼, ½ or whole beef by January 31st you will receive free processing from Dierks Farms. That will save you up to $500 plus the savings you will have from your healthy home cooked meals. Receive a Dierks Farms Bulk Price List.